Tours and Excursions in Genoa and surrounding Excursions

The Gulf of Tigullio
No words for the incomparable beauty of this corner of paradise: the harmony and elegance of Portofino, the undisputed charm of Santa Margherita, the lively beauty of Rapallo, the historical and natural treasures of Chiavari, until the charming centre of Moneglia and the magic of Sestri Levante. And now discovery everything...

The villas
It is a different and romantic Genoa that of majestic patrician villas. A fantastic world of lakes and waterfalls, small temples and Eastern pagodas that has kept intact the charm of Villa Pallavicini in Pegli, while splendid rose gardens are the setting of International Ballet Festival which takes place every year at Villa Groppallo in Nervi. In Arenzano, in a fabulous park with a luxuriant vegetation rich of rare specimens faces Villa Negrotto Cambiaso, and from 1600 the contrast of red and yellow of Villa Balbi in Sestri Levante warms eyes and hearts of visitors.

Walls Urban Park
On hills overlooking Genoa, along the ridges that separate the Val Bisagno and Valpolcevera, there are the 1600 walls that contained the city, and is said to be the longest of the world after the Chinese Wall. Now keep one of wider forts systems and a large green area with an interesting butterfly-watching itinerary.

The Casella train
A picturesque narrow-gauge railway since 1929 climbs to the slopes of Genoa valleys along daring tracks, offering breathtaking panoramas, from the Forts profiles to the sea and the promontory of Portofino.

Natural Parks
In this thin strip of mountainous territory overlooking the Liguria Sea is concentrated an extraordinary variety of natural environments, like the Regional Natural Park of Beigua, that with its rich vegetation, beautiful ponds and small waterfalls represents a privileged site for migratory birds. Or the Park of Antola, with its secular chestnuts and beautiful butterflies.

Sanctuaries
There are many sacred places in Genoa, especially in places where men have called for the divine presence and placed in their hope. Often the sanctuaries arise in places of enchanting beauty, like the Sancturay of Nostra Signora della Guardia, from which you can enjoy a unique view, which ranges from Corsica to Monte Cervino. There are many pilgrims who come each year to Arenzano from all over the world to visit the Sanctuary of the Holy Child of Prague, where there are significant works of modern art, such as Albisola ceramic sculptures and the permanent artistic nativity scene.

Cetacean
In front of Liguria there is a stretch of sea where you can have exceptional meetings. Every summer, approximately 2000 whales and other cetaceans such as dolphins and sperm whales go through this warm basin. So you can see the whales in their natural environment, admire the elegance and magnificence, observe them without causing any interference.

Le Caravelle Water Park
Among Ceriale and Albenga there is one of the most beautiful Italy water parks immersed in the splendid Mediterranean vegetation. The fun is guaranteed for all: experts can throw themselves from kamikaze slides and rapids of the Rio Cattivo or dance at the Aquadance, while for children there are the pools with the balls, the train and the magic castle. Mummies can have relax in the whirlpools or in the solarium, having a babyclub useful service.

The Caves of Toirano
Toirano is a small medieval centre famous for its extraordinary limestone caves. They offer a breathless spectacle, with the suggestion of light on stalactites, fantastic forms that water has given the rocks, crystal flowers, the bears cemetery bears and the corridor of footprints. 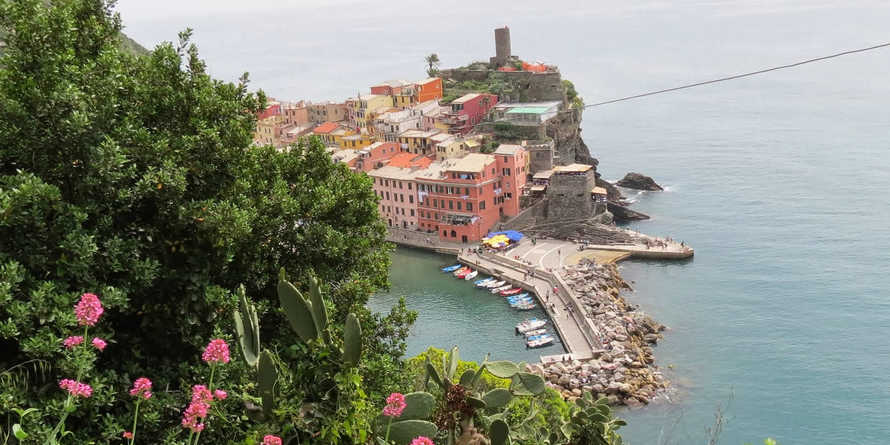 Vacation for the whole family